In-Sport’s team has been happy to participate in the Banff Mountain Film and Book Festival representing Osprey Packs for a few years now. The Banff Mountain Film and Book Festival is a major fall season event that celebrates the outdoors, art, culture, and is filled with beautiful and often emotional stories shared through the eyes of explorers, writers, photographers and filmmakers from around the world. 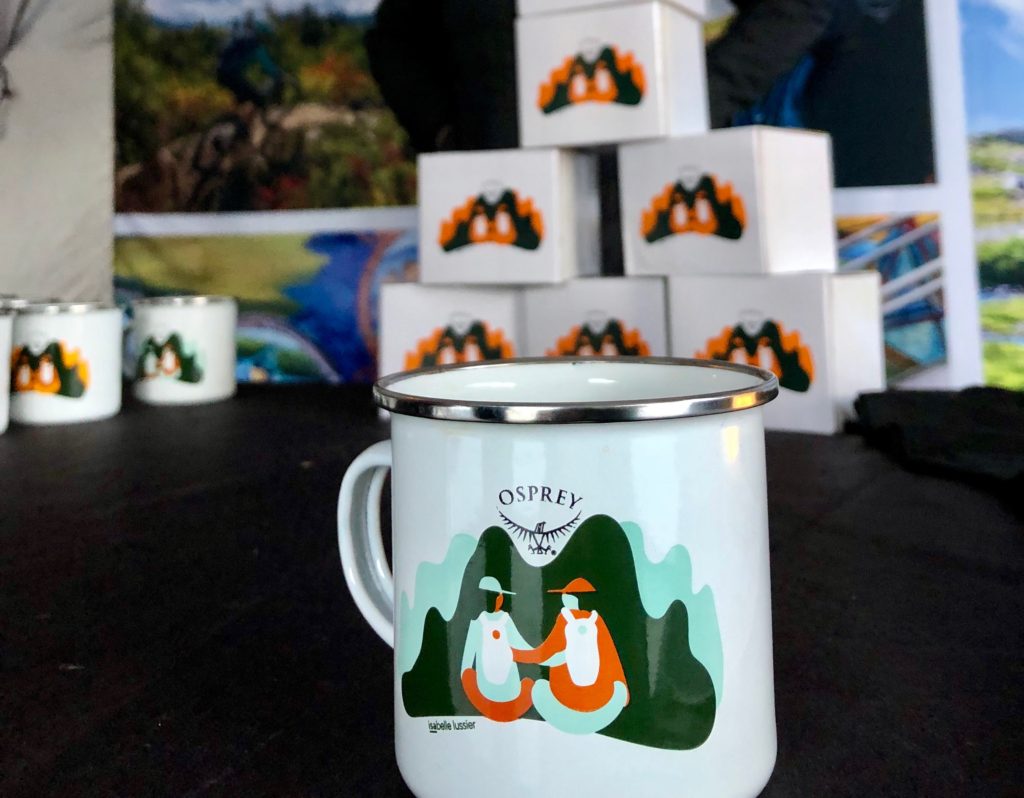 Our team was at it in the wee hours of the morning to serve refreshing coffee in an Osprey mug with art from a local Quebec artists on it, with all proceeds being donated to the Banff Center’s Photography residency program. We proudly raised a small chunk of change and want to thank each attendee who contributed to the success of this event. At the same time, we raised money for Protect Our Winters Canada while selling Smartwool merino wool t-shirts with the same design printed on the back and Mpowerd Luci lights branded with a funky Osprey motif on them.

Closing the Banff Mountain Film and Book Festival, we had the chance to give out the Public Choice award to The Trilogy – a film starring Sasha Digiulian, the first woman to climb Sonny Trotter’s route S4 graded 5.14 in the Canadian Rockies.

If you get a chance, try and take in films at the Banff Center screenings of the World Tour Mountain Film Festival near you.

See you next year!

Previous ORGANIZED CHAOS: FROM THE CONCRETE JUNGLE TO DIRT ROADS
Next